From the very beginning of our schools, Rose Bay Convent and Kincoppal, Elizabeth Bay, the end of the school year has been marked by form of celebration and recognition of students’ achievements.

Between them, the School Archives and the Provincial Archives hold the early records of the two schools, including the School Journals and the Annual Distribution of Prizes. Prizes were awarded for academic achievement in subjects such as History, Arithmetic, Composition and Grammar, Orthography and a variety of languages including French, German, and Italian. Prizes were also given for “General Good Conduct”, “Diligence”, and “Order”. 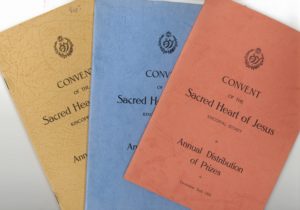 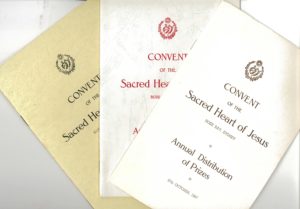 The School Journals record the excitement that surrounded the annual prize giving, which was often attended by a visiting priest. On occasions, the Archbishop or the Apostolic Delegate was the special guest at the prize giving, and these visits caused great excitement. In 1882, the distribution of prizes took place on Friday 15 December. The Rose Bay Journal records that the day started at 6:15am, with “Rise, arrange beds, etc, Prayers, Mass [and] Breakfast”. The order of the day is recorded in the Journal, along with a note suggesting that the “programme seemed to be not quite lively enough, but all passed off well”. 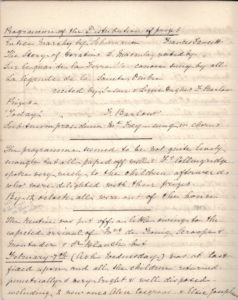 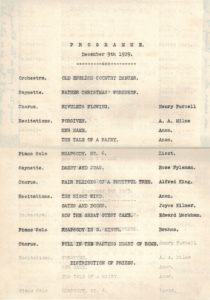 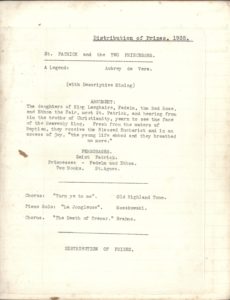 The busyness and excitement of the final week of the school year is captured in the School Notes which appeared in the annual chronicles of both schools. Marion Bull writing the Kincoppal School Chronicle in 1940 described the last week of the final term as “just what it always is, a whirl of rush and excitement”. In 1944, the Kincoppal chronicler wrote that “much was crowded into these last days of the year” before describing the sequence of happy events which filled the calendar for that final week.

Even in the midst of these celebrations, thoughts turned often to others less fortunate. In 1929, the Rose Bay Journal entry for the Prize day held on 9 December records that the students presented the Archbishop with 25 guineas to take to the Holy Father on his upcoming visit to Rome. And in 1940, the Kincoppal School Notes recorded that in lieu of book prizes, the students received a blue folder with a school photo. The money that would have been spent on books was sent to England to assist victims of the Second World War. 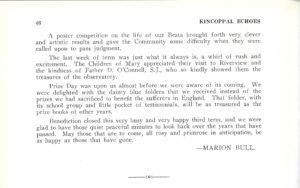 Over time, the tradition of the end of year prizegiving (or Celebration of Achievement as we now call it) has continued. With the introduction of the Higher School Certificate and the timing of those exams for Year 12 determined by external authorities, the way we celebrate achievement is now spread over several events. One of these is Vale, which is held for year 12 before they commence their exams.

The earliest references to Vale I have been able to find in the Archives date from the 1970s, after the amalgamation of Kincoppal, Elizabeth Bay and Rose Bay.

No expense was spared when it came to the menus in those days, as evidenced by the 1977 menu, costed at $4.70 per head including that much loved delicacy Fairy Bread! 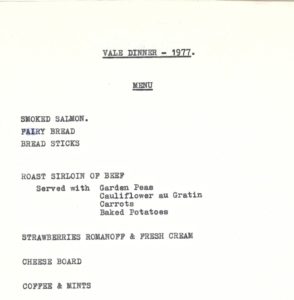 While the menu offerings have changed over time, and the number and format of the events has evolved through the years, the traditions of celebrating our Schools’ achievements at the end of the year remain strong. Many of the elements remain constant; the awarding of prizes, the end of year Mass, the reflection on the year past and the anticipation of what is ahead.

A message from Principal Maureen Ryan